As long-suffering Game of Thrones readers know, sometimes the wait is excruciating for the next book in a series. I saw a recent post from GOT author George R.R. Martin that he was holed up in his isolated mountain cabin writing the sixth book, The Winds of Winter. Martin, 71, also plans to write a seventh book, A Dream of Spring.

Game of Thrones, the first book in the Song of Ice and Fire series, was published in 1996. HBO’s epic television series based on the existing books had to finish without the volumes six and seven, but had input from the author. Martin, however, said that he might change things as he writes. He also has said that if he dies before the books are finished, that’s it. He won’t allow someone to finish his work.

While we wait . . .  and wait . . . I have a fantastic epic fantasy trilogy to recommend by S.A Chakraborty. And ALL the books are completed, so you don’t have to wait years to find out what happens. 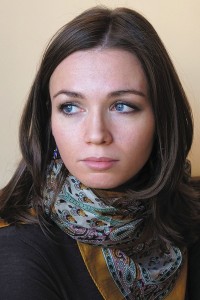 The Daevabad Trilogy by S.A. Chakraborty is filled with palace politics, warring factions and family secrets. In the first book, The City of Brass, readers meet a fierce, young con woman named Nahri on the streets of 18th century Cairo. Nahri relies on fleecing Ottoman nobles with her palm readings and healings. During one of her cons, she accidentally summons a djinn warrior named Dara, who tells her about his home, a magical kingdom called Daevabad,

Dara suspects there is more to Nahri than being a good con artist because of her natural healing ability. They journey to Daevabad, where they tangle with the ruling Qahtani family and its cruel king, Ghassan. While Nahri clearly has strong feelings for Dara, she develops a friendship with the younger Qahtani son, Prince Alizayd. The fates of Nahri, Dara and Alizayd continue in the second book, The Kingdom of Copper and conclude with The Empire of Gold, which was published in June.

Chakraborty has created a complex world based on Middle Eastern myths that is vivid in its world building. The many names can sometimes become confusing, but Chakraborty provides a helpful guide in the back of the books about the main characters, the six tribes of the djinn and unusual words. The characters are memorable, and it is refreshing to have a strong female protagonist who is able to stand up for what she believes. I enjoyed getting lost in the magical world of Daevabad. If you are looking for a new fantasy to try, this is it.