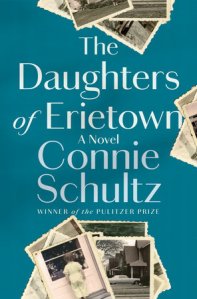 Sometimes I hear people remark that they wish they were living in a simpler, kinder time, like the 1950s. Connie Schultz’s debut novel, The Daughters of Erietown, reminds readers that those days weren’t always so happy and innocent.

This family saga centers on the McGinty family and how their lives evolve while living in Erietown, Ohio from the 1950s to the 1990s. Schultz’s writing gives authenticity to each decade as the McGinty members try to get along in trying times. The story makes it clear that the us-versus-them mentality we face now was alive and well back in the day. 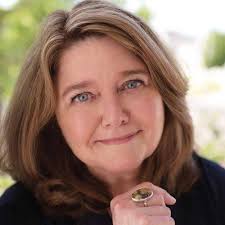 In the book, Erietown, like most American communities, has separate neighborhoods for wealthy whites, poor whites, blacks and other ethnic groups. Daughter Samantha, who is at the heart of the story, struggles with her dad Brick’s racism. Brick, a good union member, is disdainful of men who wear suits for a living. Mother Ellie, suspicious of women’s libbers, maintains a home for her children and cheating husband while trying to forget her long-ago dreams of going to college and becoming a nurse. As time goes by, they all evolve and learn more about themselves and the world outside their door.

Schultz, who grew up in Ohio and won a Pulitzer Prize for her Cleveland Plain Dealer columns, shows how our fears of people who are not like us cause unnecessary suffering. It is a heartfelt tale for these tumultuous times, and will appeal to fans of Anne Tyler.