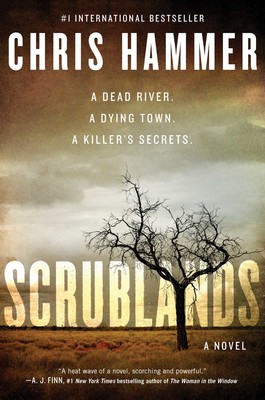 Martin Scarsden is a journalist whose career has stalled. After surviving a terrifying incident in the Middle East, he has returned to his job in Sydney but is struggling with PTSD. His editor, hoping to give Martin a way back, sends him to Riversend, a drought-ridden rural Australian town, where a mass shooting occurred a year ago. The focus of his story is supposed to be how the town is coping on the anniversary of the tragedy – but after Martin meets the beautiful and mysterious Mandy Blonde and hears her version of events, he finds himself investigating what really happened on that day. As he continues asking questions, he finds himself up re-opening the town’s unhealed wounds while confronting his own inner demons.

In the vein of Jane Harper’s The Dry, this is a terrific, well-plotted mystery set in the Australian bush. It’s also an examination of journalistic ethics – Scarsden struggles with what to cover and how to respect his sources and their community. Hammer is a veteran journalist and clearly writes from experience. He also brings rural Australia to life with his absorbing, careful descriptions of the small town and the landscape surrounding it. I have never been to Australia, but after reading this book, I feel like I have. Scrublands will definitely rank as one of my favorite books this year – if you like contemporary crime fiction set in foreign locales, give it a try!