This will be my last post before the new year, so what better way to finish up 2018 with the second part of my series on the heartwarming history of Lambs Farm! When we last left off it was September 1961, and Robert Terese and Corrine Boren had successfully opened Lambs Pet Store and made their first sale. A lot would change over the next few decades, as Lambs Inc. grew from a small store to a sprawling 72-acre campus which would play host to First Ladies and the occasional mobster. What wouldn’t change however, is their mission to give people with cognitive disabilities the opportunity to take risks, fail, and live full lives like anyone else.

The people with cognitive disabilities who worked at the store, referred to by Bob and Corrine as their “Lambs”, were expected to arrive at work on time and well-dressed since they were not only selling pets, but also educating the public about what people with cognitive disabilities were actually like. At the time, fear of the differently-abled was still widespread, leading one especially nervous customer to ask “Will they hurt me?” to which a very snarky Corinne answered: “No, you can buy any of our dogs with confidence” (Unsworth 1990, p.75). Families of the employees paid $15 ($126.42 today) a month in tuition to be part of the program, with Robert and Corrine drawing a modest salary of $3,600 (around $30,447.69 today). Their meager salary was by design, as the two had seen firsthand how for-profit institutions were run, often to the detriment of their inmates. The two worked an exhaustive 6-days a week for 12-14 hours a day to keep the store running, while the employees’ parents maintained legal & fiscal control of the program. Despite some early difficulties, like an electrician stealing the cash from the store’s cash register on Christmas Eve and leaving a guilt-ridden apology note in its place, the store survived its first winter.

By 1962, the Lambs, along with their mascot, a toucan named DeGaulle, were staffing a booth at Chicago’s annual Flower Show held at McCormick Place, drawing the likes of Mayor Richard J. Daley Sr. as well as members of the Pritzker and Wrigley families. The store also gained some much-needed publicity after reporter Julie Ann Lyman did a full-length feature on the store in the Chicago Tribune’s Sunday Magazine, which in turn lead to coverage by ABC on Channel 7, and interviews by radio giant Mal Bellairs on WBBM (Unsworth 1990, pg. 83). Being 1960’s Chicago, the store had its share of unusual customers, ranging from a woman working at the original Playboy Club, located just down the street at 116 E. Walton Street, to a loan shark only referred to as “Mr. G” who had a daughter in the program and would use the store’s phone for his racket. When he was politely told he was no longer welcome in the store, Mr. G, in classic Chicago style, tried to bribe Bob with an offer of “dozen nice shirts on my tab”, an offer Bob, of course, declined (Unsworth 1990, pg. 91).

The number of people in the program continued to grow. By 1965 there were 22 people working in what was becoming an increasingly overcrowded store. This in turn led Corrine and Bob to look for a second, larger location. After months of searching, Bob saw an ad in the Tribune‘s Sunday real estate section: “50-acre estate. Libertyville. Formerly a working farm with dairy barn and two houses. Grounds include a 15-acre lake.” (Unsworth 1990, pg. 103). Just off the tollway, the farm was the ideal location to bring in customers and was selling for $186,000 ($1,487,935.05 today). Meeting with Myron Davenport, the co-owner of the property, Bob and Corrine explained their plans and asked if he could help them. With a hearty “Hell, yes,” Myron offered to give Bob and Corrine the option for one dollar, a dollar he declined to take, telling Bob that “You’re going to need every penny you can get” (Unsworth 1990, pg. 105). Standing there in the barn with only ninety days to get the money needed to purchase the farm, Bob and Corrine, like so often before, fell back on their faith and prayed for help raising the money. 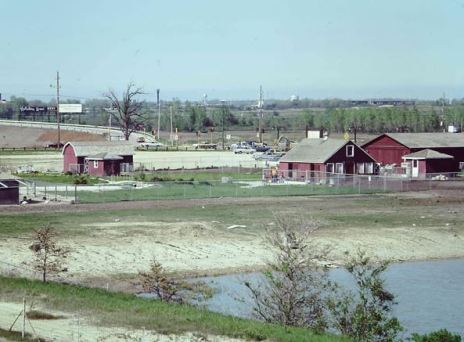 At first, they thought one parent on the Lambs Pet Store board was wealthy enough to help fund the purchase, but quickly discovered that they were not that wealthy, and their appeals to the pet industry met with little success. With three days left before the deadline, Julie Ann Lyman suggested, “Why don’t you let me call Clement Stone?” adding that at that point they had “nothing left to lose at this point” (Unsworth 1990, pg. 107). Born into poverty in 1902, William Clement Stone was a real-life Horatio Alger, having worked his way up to become a prominent Chicago businessman and was known for his philanthropic contributions to civic and mental health groups. When Lyman called him, Stone was just 24-hours away from leaving on a three-month vacation with his wife. However, he agreed to meet with Julie for 10 minutes the next day. Bob and Corinne were so nervous about the meeting, however, that despite the fact Stone was their last chance, they decided to not attend the meeting. Julie must have been persuasive, however, because as Corinne lounged in a hammock in her backyard, the phone rang. It was Bob, who said simply “We’ve got ourselves a farm”. (Unsworth 1990, pg. 108). 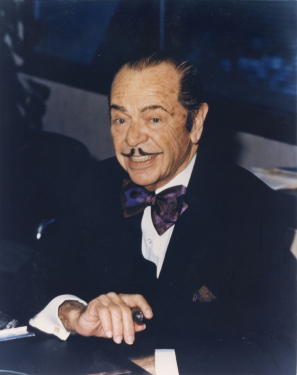 The farm…needed work. The roads were rutted and the barn would need a lot of repair work before they could turn it into a pet store. However, with a bit of help from the Lambs and their parents, by September 1966 Lambs Farm was officially open for business! Which was great, except no one knew the store had moved. Bob reached out to local newspapers in Libertyville, Mundelein, and Waukegan to advertise their new location, with little success. Their cash reserves quickly dwindling, Bob turned to a reporter he knew at Chicago American, who put him in touch with the wife of an insurance executive who was able in short order to raise $12,000 ($93,387.41 today), enabling Lambs Farm to survive until business began to pick up. In 1967 (or 1968, I found a couple of different dates for this), Clement Stone appeared with Corinne and Bob on “Cabbage and Kings,” a talk show that focused on organizations like Lambs. During the program, Stone publicly scrapped the contract after only $17,500 had been paid back and donated the farm to Lambs Inc. outright, saying, “You’re doing great work. You’re meeting your goals. I’m turning the deed over to you” (Unsworth 1990, pg. 108). Now that they no longer needed to service their loan to Stone, the Farm grew rapidly, opening of Lambs Shepherd Inn (now the Magnolia Cafe & Bakery), followed by the Sugar Maple Country Store and a children’s petting zoo complete in 1968.

On October 14, 1971, Corrine had an accident that left her with debilitating back pain and changes to her personality. Afraid to leave her house and easily upset, Corrie would later comment that she had become “a lamb myself” (Unsworth 1990, pg. 171). With Corrine taking a less active role in running day-to-day operations, the board began to take on more responsibility. This included the hiring of an executive director in order to streamline the decision-making process, as well as investigating the possibility of gaining professional accreditation from the state. This period also saw a number of politicians take in interest in the farm, including corresponding with then governor Ronald Reagan about doing a radio broadcast. In March 1976, Lambs Farm played host to First Lady Betty Ford who was there for the dedication of the County Inn, the first on-site dorm for Lambs Farm residents. The farm continued to expand the scope of its operations, in 1980 adding nine additional group homes, opening the Sweet Street Ice Cream Parlor (1986), and an off-site work program in cooperation with the Illinois Department of Human Services (1989). In 1986 Lambs celebrated its 25th anniversary, by which time it had over 300,000 visitors a year, making it the third most popular attraction in Lake County, Illinois (just behind Great America and Ravinia).

Having moved from a hard-scrabble startup to Libertyville institution, by the early 1990’s Lambs Inc. looked to formally record their history. In November 1990 Tim Unsworth’s Lambs of Libertyville was published, followed a year later in by the construction of the Founders building, a mini-museum detailing the organizations history. In 1994 the farm played host to the Flying Elvi for the Elvis Country Fair Day, and a year later in July 1995 Mike Kurschner, a resident of the farm, became a minor celebrity for winning the bronze in Tennis at the Special Olympics World Summer Games held in New Haven, Connecticut.  In 1999, Lambs suffered a double tragedy with the loss of both of its founders. On February 21, Robert Terese passed away at the age of 74, with memorial services held at Libertyville Covenant Church. He was followed shortly thereafter by Corrine, who passed away on December 18. Everyone at Lambs was devastated by their loss, since many of the Lambs had viewed them as parental figures. Despite their loss, life for the Lambs and the staff at the farm continued. 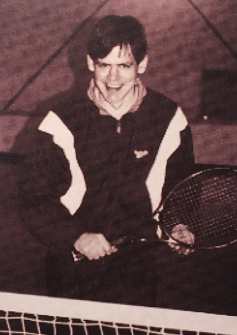 In June 2003 the Lambs once again displayed their athletic abilities, winning gold in basketball in the senior division at the Special Olympics World Summer Games with Nelson Mandela officiating the opening ceremony. In 2011, Michael Hechtman and Nancy Sauseda, two of the original participants in the program and since retired, gathered with friends, family, and staff to celebrate Lambs 50th anniversary, which included a holiday brunch, 60’s day, and the ever spectacular woofstock, an event where local vendors show off their wears for man’s best friend! Lambs also began work on a new book about the organization, along with starting a blog to better communicate their mission and to highlight the achievements of their residents.

Today, the farm is home some 250 people with cognitive disabilities who, when not pursuing their own interests, staff one of the many businesses at the farm like Dogwood Garden & Pet Center or work off site in a variety of different capacities. The farm continues to be open to the public, hosting various events like Fall on the Farm and Namaste on the Farm, which is a fancy way of saying “doing yoga while a goat stares at you”. Despite all the changes however, Lambs mission stays the same: to give people with cognitive disabilities a safe place to live, work, make mistakes, and most importantly, to grow! I’ll be back next year with new posts on the unique and often surprising history of our area. But for now, I’ll leave you with this great video of people doing yoga with goats at Lambs Farm!

Leavitt, Margit. “What Better Season to Look in on the Lambs Pet Farm, Where Special People Are Made Aware of Their Limitations Only after Being Shown Their Skills and Strength.” Chicago Tribune, December 24, 1972. Accessed November 19, 2018. https://infoweb.newsbank.com/iw-search/we/HistArchive?p_action=doc&p_docid=0FABF3DC2CB19B53&f_image=19721224C016720007800002&f_pty=CL&p_docnum=1&p_queryname=5600&p_theme=ctha&p_nbid=Y54H4CDAMTU0MjY0NTU2My41NTMzNzg6MToxMzoxNzMuMTUuMjMuMTI0&p_product=CTHA.

Photos courtesy of Lambs Inc. and the History Center of Lake Forest-Lake Bluff.

Terese, Robert, and Corinne Owen. A Flock of Lambs – A New Approach to the Care of the Mentally Retarded. Chicago, IL: Henry Regnery Company, 1970.

One thought on “Gentle as Lambs: A history of Lambs Farm, 1961-Present. Part Two.”