Usually, a fire is red and orange and yellow and black. The fire in the library was colorless. You could look right through it, as if it were a sheet of glass. Where the flame had any color, it was pale blue… ‘we thought we were looking at the bowels of hell.'” – From The Library Book 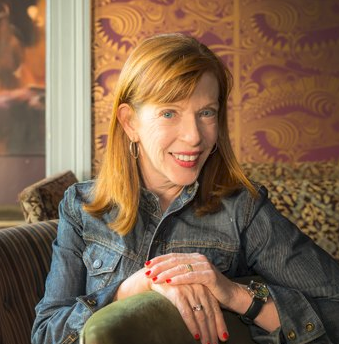 The date was April 28, 1986, the library that burned was the Central Library in Los Angeles, and the fascinating book that documents this true event is The Library Book by Susan Orlean. To illustrate the devastation wreaked by the fire at Central Library, here are a few facts from the book:

Even though the fire occurred over 30 years ago, it is still the most catastrophic loss to any single public library in the United States. Given the sheer scale of the fire’s devastation, this story most likely would have received more national news coverage if not for the fact that it coincided with another major world event – the Chernobyl nuclear disaster.

Not only does The Library Book shed light on the fire itself – from the perfect storm of conditions inside the library that allowed the fire to reach such catastrophic proportions, to the recovery, restoration, and rebuilding efforts – Susan Orlean also delves into the speculation behind the fire’s cause. She conducts her own investigation into the man long suspected of starting the fire and reveals alternate interpretations of the fire’s origin based on the National Fire Protection Association (NFPA) report that was published after the fire. I was especially intrigued to read about the innovative directors and city librarians that Central Library has been host to throughout the years. By documenting Central Library’s storied past – from its opening in January 1873 to the present day – Orlean illuminates how the materials and services offered at the library have both changed dramatically and, in many ways, stayed the same.

If, like me, you grew up visiting your local library, love books, and are an avid proponent of library services and programs, then you will undoubtedly cherish this book. As for those who think that libraries are dusty, unchanging relics of the past – such as the economics professor who received a firestorm of backlash for opining that libraries should be replaced by Amazon – I sincerely hope this book finds its way into their hands. Perhaps it can shed light on the everyday impact that libraries make in their communities and the myriad of goods and services – beyond just books – that libraries provide.

I opened this post with a quote from The Library Book describing the Central Library fire as it raged through the building, so it only seems fitting to close with another quote detailing the enormous undertaking, by nearly 2,000 volunteers, to salvage what remained of the library’s books on the day after the fire:

They formed a human chain, passing the books hand over hand from one person to the next, through the smoky building and out the door. It was as if, in this urgent moment, the people of Los Angeles formed a living library. They created, for that short time, a system to protect and pass along shared knowledge, to save what we know for each other, which is what libraries do every day.” – Susan Orlean, The Library Book

2 thoughts on “Jean’s Pick of the Week: The Library Book by Susan Orlean”