Everyone has authors they consider an autobuy — authors who could write a guide to federal tax code and you’d still be eager to read it. Barbara Kingsolver (Small Wonder, The Poisonwood Bible)  is one of mine, so I will admit that I came to her latest, Unsheltered, with a definite bias. 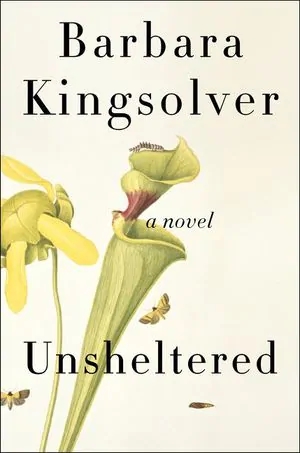 The verdict, surprising to absolutely nobody who’s talked to me longer than five minutes: I loved it.

That’s not to say that it’s a perfect book, because it isn’t. But overall, it’s substantive, thoughtful, beautifully written, and utterly relatable.

Unsheltered follows two timelines occurring on the same plot of land in Vineland, New Jersey. In 2016, Willa Knox struggles to keep her family afloat in the face of job loss, tragedy, and the sneaking suspicion that the sacrifices that she and her husband have made through the years are all for naught. In the 1870s, Thatcher Greenwood is trying to keep his job as a science teacher and his marriage to beautiful, social-climbing Rose, despite his beliefs in both evolution and equality — concepts that fail to find root in his Utopian community.

Initially, all the protagonists have in common is a falling-down house, but as their situations deteriorate and their worlds open up, the stories both parallel and echo each other, growing ever more intertwined. Willa befriends a local historian and comes to understand (and appreciate) her often-challenging daughter. Thatcher grows closer to the brilliant and idiosyncratic scientist Mary Treat, who lives next door, and her encouragement bolsters his convictions.  Both are antagonized not only by close-minded people they can’t escape, but also by human nature — people’s endless hunger for more, and their willingness to believe an appealing lie over an unvarnished truth.

Unsheltered is definitely a novel with a political viewpoint, which Kingsolver makes no attempt to hide it. While it provides endless food for thought, it also comes across as heavy-handed on occassion — a few of the characters felt more like mouthpieces instead of people. I enjoyed it most when it was delving into Willa and Thatcher’s worlds; the struggles they face and the often-exasperating people they love resonated deeply with me. And as always, Kingsolver’s descriptions shine, highlighting the beauty and brilliant design of the natural world.

Unsheltered is a clear-eyed, engaging, and unpredictable story that will serve as fodder for any number of discussions and stay with you long after you close the cover. Who could ask for more — especially from an autobuy author? 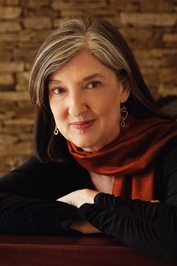 One thought on “Erica’s Pick Of The Week: Unsheltered”