Sometimes, I need to let a book marinate before passing judgment on it. A clever twisty thriller might, after a few days’ consideration, sprout countless plotholes. Far more rare — and more enjoyable — are the times that a “it was pretty good, I guess,” book transforms into “I can’t stop thinking about this story!” 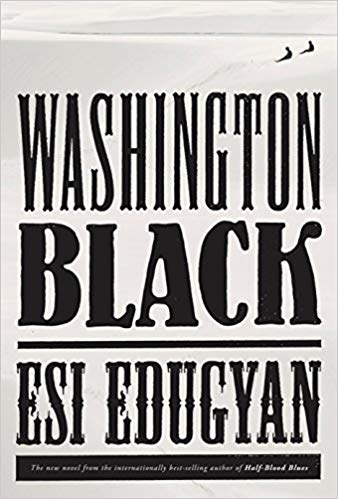 Happily, Esi Edugyan’s Washington Black falls into the latter camp. It’s the story of eleven-year-old Washington Black, a slave on a sugar plantation in Barbados who is recruited as a manservant by his master’s brother, a scientist nicknamed Titch. After a tragedy puts Wash’s life in danger, he and Titch flee the island in spectacular fashion before setting out on an adventure that will cross multiple continents in search of freedom, happiness, and peace. There’s no shortage of buzz surrounding the book, which was recently longlisted for the Man Booker Prize. The danger of so much hype, of course, is that your expectations are often ridiculously heightened. Presumably, that’s what happened here, as my first impression of Washington Black was, “Good, but not great.” When I tried to explain what was lacking, the only thing I could come up with was that I wanted more pages — another fifty or so, to check in with characters mentioned a few times but then left behind, to find out what happens next, to tie together all the episodes of Wash’s life into something more cohesive.

But the more I thought about it, the more I realized Washington Black didn’t need any of those things. Sure, another fifty pages would be a pleasure — Edugyan’s prose is that rich, vivid, and effortless — but they’d also be an indulgence. And my longing to check in with those characters is a testimony to the author’s skill in creating even minor players. Wash himself is immensely appealing — a keen, articulate observer with a talent for drawing, marine biology, and analyzing human nature. As he travels the globe, from Barbados to Morocco by way of the Arctic and Amsterdam, he grows into himself and comes to terms with his relationship with Titch. It’s a complex, often painful process, but fascinating to watch, especially in the closing pages.

Wash’s journey flirts with improbability (I’m looking at you, plantation escape sequence), but it’s also fitting. Wash deserves a life of far-flung adventure, even if his journey is marked by pursuit, longing, and betrayal. To give him a fairytale ending — reunions with old friends, answers to every question, the literary equivalent of a closing montage set to Simon and Garfunkel — would tip it over the edge into far-fetched. It would be too easy, and nothing about Wash’s story is easy, or simple, or pat. Instead, it takes difficult questions — what does it mean to be free? What are our obligations to one another? How do we come to terms with the weight of our past, and particularly slavery? — and weaves those questions into a thrilling, thoughtful tale. And by leaving the narrative equivalent of breathing room around those questions,  Edugyan makes it possible for the reader to answer them for themselves, with Wash as a guide. 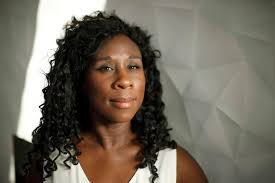 2 thoughts on “Erica’s Pick of the Week: Washington Black”