“The truth depends on who it is that’s telling the story.”

Reading Kate Morton’s intricately plotted new novel The Clockmakers Daughter, is like pulling apart a Russian nesting doll until the last tiny doll is found in the center. At the center of this book is Birchwood Manor and Lucy, its longtime inhabitant and narrator of her chapters. The intertwining stories of those who lived in Birchwood Manor starts with the almost-famous 19th century painter Edward Radcliffe whose story of ill-fated love and murder is brought to the attention of Elodie, a curious London archivist in 2017. Elodie, like those before her, feels drawn to the mansion and is strangely compelled to learn its secrets.

If you enjoy Gothic fiction, this one has it all—a sickly yet wise bedridden boy, an ex-pat British girl raised in India forced to attend an English boarding school full of bullies, orphaned children abandoned by mysteriously famous parents who fall in with shady con artists and  (wait for it) a strangely alluring mansion protected by a spell cast  by the Fairy Queen herself. Or at least, that’s the folklore about Birchwood Manor according to the townspeople. 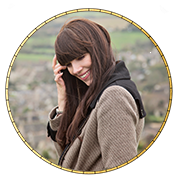 Although I realize that The Clockmaker’s Daughter  isn’t for everyone, it was a wonderful escape for me. I cut my teeth as a reader on The Secret Garden by Frances Hodgson Burnett and this, like many of  Kate Morton’s books, harkens back to those days when the ways of adults and their world seemed mysterious and I was able to believe in the possibility of magic. Highly recommended.