I’m sure it wouldn’t surprise anyone to learn that I am not an avid fly fisherman nor do I spend my spare time tying salmon flies for fun. However, if you were to take a peek at my browser history, you might suspect otherwise. Some of my recent Internet searches have included “Greater Bird of Paradise,” “Resplendant Quetzel,” and “Blue Cotinga.” These are the names of endangered or protected birds whose brightly colored feathers are coveted by salmon fly-tying hobbyists for their beauty. So if not to fuel a hobby, why the sudden interest in bird feathers you ask? 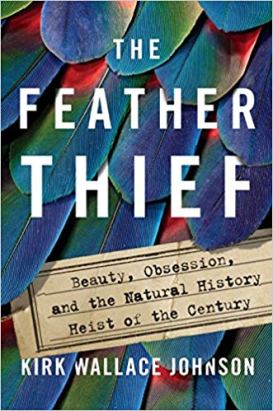 As is often the case, my descent down the Internet rabbit hole began with something that I read–a book called The Feather Thief by Kirk Wallace Johnson. This is the bizarre true story of an American named Edwin Rist who, in 2009, broke into The Natural History Museum at Tring to steal priceless bird skins for their colorful feathers. Highly regarded as one of the world’s best tiers, Rist’s hobby grew into an obsessive desire to obtain the authentic rare feathers needed to tie Victorian salmon flies from their original 150-year-old recipes. This compulsion, shared by him and many others within the fly-tying community, drives the market for the hard-to-find feathers to exorbitant prices. The fact that most of the highly-prized feathers are protected by international trade agreement only seems to fuel some hobbyists’ lust. To paint a vivid picture of the yearning the feathers can inspire, let me just share a “fun” fact from the book with you: photographs of rare feather collections that are posted on the Internet are referred to in fly-tying circles as “feather porn.” (Ew.) 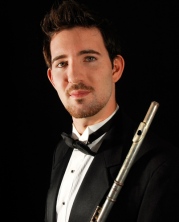 I was boggled at how this harmless-sounding hobby can lead normally law-abiding citizens to turn a blind eye to the law, all in the pursuit of feathers. Feathers! To make the story even more sensational, Rist was a premier flautist at the Royal Academy of Music in London at the time of the crime and had just finished giving a performance before hopping on the train to break into the museum. In a strange twist, his world-class skill at both the flute and fly-tying played into his defense and the resulting sentence.

As if the motivation, crime, and trial weren’t outlandish enough, it ventures into the remarkable when author Kirk Wallace Johnson develops a years-long obsession with the Rist case, using his own time, money and resources to fly all over the world in an attempt to unravel questions left unanswered. All this after the case was officially closed. Johnson does an excellent job weaving his years of research into a compelling narrative while staying true to the facts. I wouldn’t have believed it if you had said that this book would lead to me Googling pictures of bird feathers or watching fly-tying videos on YouTube (yes, I really did this), but I found the story strangely fascinating. Not only did The Feather Thief give a glimpse into a hobby and world I knew nothing about, but it also provided insight into how Victorian fashions led to the extinction and/or endangerment of certain birds, and also raised intriguing questions about what, if any, monetary value can be attributed to scientific research. Even if you are a reluctant or infrequent reader of nonfiction, chances are that The Feather Thief has something to interest you. This is a story of history, genius, obsession, and greed, with a dash of mystery thrown in for good measure.

The Traherne series of Victorian salmon flies are widely regarded as the most difficult salmon flies to tie. Using the authentic feathers called for in the original centuries-old recipes could cost upwards of hundreds of dollars worth of feathers for a single salmon fly.   ©Michael Radencich

One thought on “Jean’s Pick of the Week: The Feather Thief by Kirk Wallace Johnson”