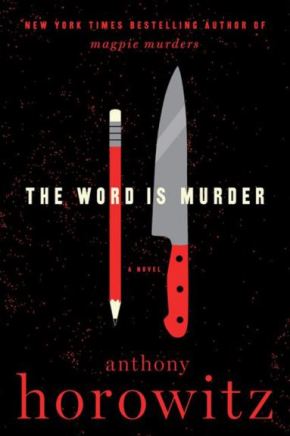 One of the perks of being a librarian is working with people who have a passion for books. If I hear my coworkers mentioning the same title over and over again, it’s definitely worth taking notice. One of the buzziest mysteries of last year was Anthony Horowitz’s Magpie Murders. (Read Andrea’s review). Even though I am not much of a mystery reader, I gave the book a whirl and loved its unique “mystery-within-a-mystery” premise, proving that my coworkers really know their stuff! When Horowitz’s latest book, The Word is Murder, was released last month, I wondered: would it live up to its clever predecessor, or fall disappointingly flat?

Here’s the setup: A wealthy woman walks into a funeral parlor to arrange the details of her own funeral. A few hours later, she is murdered in her home. Former cop Daniel Hawthorne is hired to consult on the perplexing case because of his uncanny investigative prowess, notwithstanding his unappealing demeanor and complete lack of social graces. Hawthorne comes up with a scheme to hire a ghost writer to fashion his solving of the murder into a mystery novel, with himself starring as the main character, and to split the proceeds with the author fifty-fifty. The ghost writer that he chooses is Anthony Horowitz. Yep, that Anthony Horowitz, the author of the book. 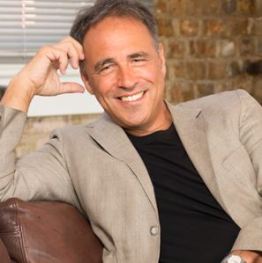 In an inventive twist, Horowitz writes a fictionalized version of himself into The Word is Murder. “Anthony” acts as both the narrator and a reluctant foil to Hawthorne, always one step behind the off-putting, but brilliant, detective in piecing together the clues. This, you can imagine, is quite the blow to Horowitz’s ego as he has spent his whole life crafting and writing mysteries. The fact that Hawthorne treats him like a liability during the investigation causes Horowitz no small amount of aggravation.

Anthony, or “Tony” as Hawthorne refers to him (to Horowitz’s annoyance), peppers the book with details from his real life – such as his work as the creator of the British detective series Foyle’s War and as the author of the popular Alex Rider teen books – all while name-dropping celebrities and blockbuster directors with whom he has collaborated. The result is a fun read that – in our social-media, celebrity-obsessed, everybody-is-an-author world – feels modern in all its meta glory, yet still has the ingredients of a classic whodunit: the eccentric detective, a circle of suspects with motives for murder, and red herrings aplenty.

In case you’re still wondering if The Word is Murder lived up to my high expectations… in a word, YES! Whether you are an avid mystery reader, or, like me, one who only dabbles in the genre, I highly recommend this cunning and fresh take on the detective story as your next summer read.

2 thoughts on “Jean’s Pick of the Week: The Word is Murder by Anthony Horowitz”