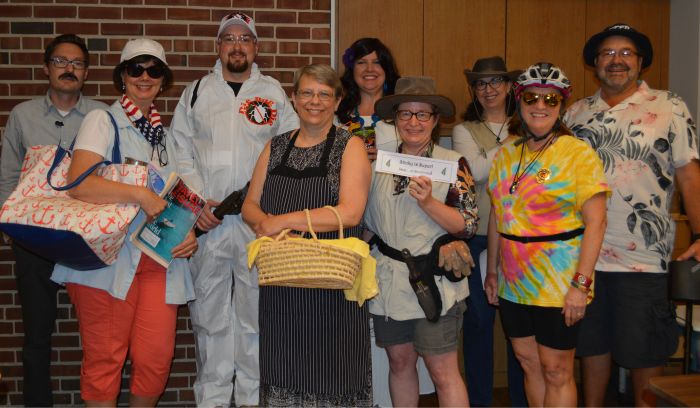 The Cook Players present  Murder in the Keys

Who killed famous author Ernie Hammyweight? An audience of about 170 patrons helped solve the crime during a fun event on the evening of June 22 at the Libertyville Civic Center. The performance was several months in the making, when staffers Jo Hansen and Jane Trump tackled the murder mystery kit that came with characters and a plot, but no lines. The kit was designed for the cast to improvise the entire time, a tall order to ask of non-professional thespians! Jo and Jane whittled the list of 10 suspects down to 8, and got to work writing lines based on the cast dossiers provided in the kit. Then came the time to find willing staffers to fill the spots. The biggest role of Police Chief Walken D. Wildside was put in the able hands of Nate Gass, who kept the suspect interrogations rolling while doing some excellent improv. All the cast members did a great job adding their own touches to their parts, from their excellent costumes to their hilarious ad libs.

Below are some cast photos. If you missed the production, or would like to watch it again, you can watch it here on the library’s You Tube Channel. 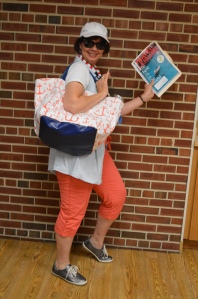 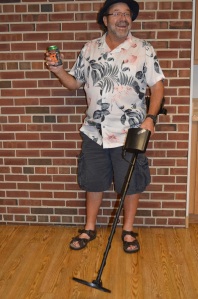 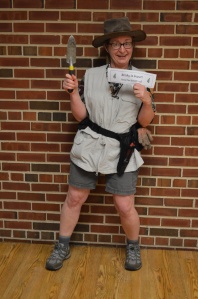 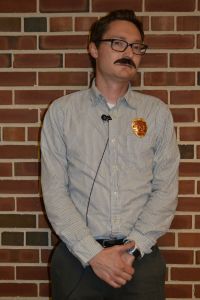 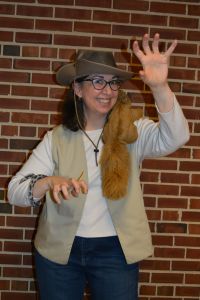 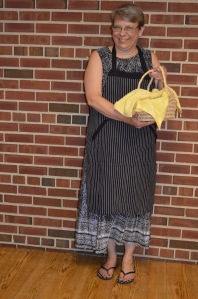 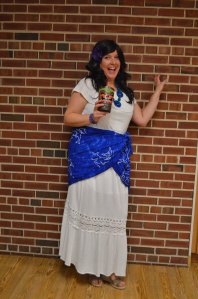 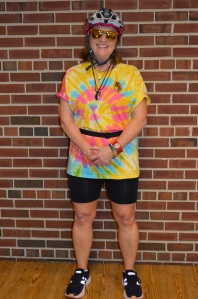 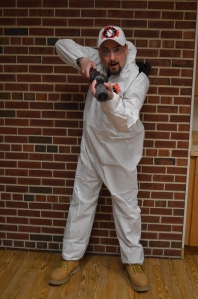