“Nevertheless, they persist.
I guess that means I f^&*ng have to, too.” 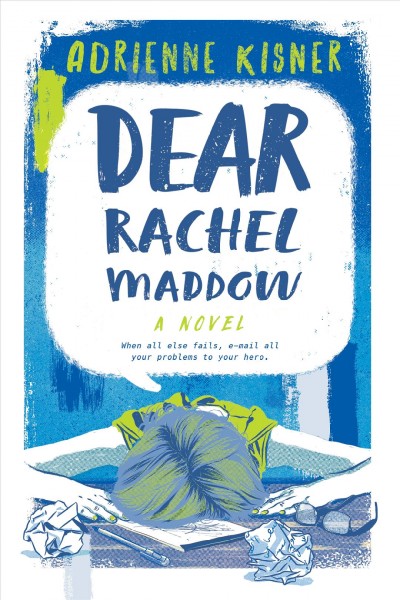 Sixteen-year-old Brynn’s life is a mess. Her beloved older brother Nick died of an overdose and her mother and step-father are so clueless that they punish Brynn for her academic decline and ignore her ongong grief. When Brynn is given an assignment to write to a favorite celebrity, she chooses Rachel Maddow who is her current role model. In a series of unsent emails, Brynn tells Rachel  about her girlfriend breaking up with her and all the other school and home drama that’s bringing her down. Brynn’s passion had been writing for the school newspaper, but she can’t even do that again until she brings her grades back up. So when suspicion of arson is cast upon one of the top school athletes who is also a big bully, and it looks like he might get away with it, Brynn decides she can’t stay on the sidelines and must act.

Adrienne Kisner’s epistolary format allows the reader to feel Brynn’s pain and watch as her growing sense of injustice transforms her from an outraged bystander to an involved citizen. Brynn doesn’t necessarily want to get involved, but she gradually realizes that if she doesn’t, no one else will.

I found myself cheering for Brynn as she came into her own. I believe teen readers who have been inspired by the #MeToo movement and the activism of the students from Marjory Stoneman Douglas HS may begin to see the possibilities for action in their own world. This book should appeal to fans of John Green and readers who enjoy a feel-good novel about a girl who just won’t give up. This book drops a lot of f-bombs and deals with some pretty serious issues, so I suspect it will be most appreciated by older teens and their parents. Strongly recommended.