Confession: I do not like Halloween. Candy aside, it is not my holiday. Not at all. I don’t like scary things, or people in masks, or gore. I rely on other people to tell me which horror books and movies are good, because to be honest…horror makes me cry.

In short, I am a scaredy cat.

Every great once in a while, however, I am in the mood for something dark and spooky. Something that that inches up to the line dividing creepy and terrifying, takes a look around, and then backs away slowly, to somewhere warm and well-lit.

If you, too, are looking for an atmospheric, slightly scary read that won’t make you cower under the covers, try one of these selections: 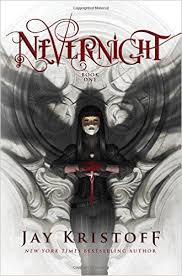 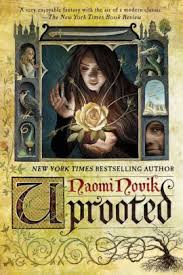 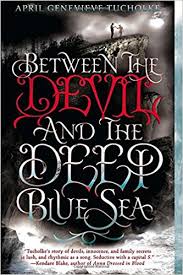 A girl seeking revenge for the death of her family seeks to join a guild of assassins. Her gift — speaking with shadows — sets her apart from her classmates, but she may not survive the training. Stunning worldbuilding, a prickly, single-minded heroine, and ever-increasing danger make this a compulsively good read. There’s violence aplenty (it is a school for murderers, after all) but it never feels gratuitous, and the descriptions are vivid but not gory.

Agnieszka, like so many folktale heroines, lives in a quaint village, bordered by a deeply malevolent forest. As protection against The Wood, the villagers give one girl each year to the cruel, powerful, enigmatic magician known as The Dragon. It’s rumored to be a fate worse than death,  but when the truth behind both The Dragon and The Wood is revealed, Agnieska must become more than she ever imagined in order to save herself and her loved ones. Lush and evocative, like a fairytale, Uprooted is also dark, twisted, and unexpected.

Between The Devil and The Deep Blue Sea, by April Tucholke

Violet lives in a crumbling seaside mansion with her twin brother when, as so often, a mysterious stranger moves into the guesthouse in her  backyard. She’s immediately drawn to the mysterious River, but when grim and inexplicable tragedies follow in his path, she begins to wonder if he’s the Devil her late grandmother warned her about. The writing is moody and poetic, gothic and sumptuous, sly and surprising. The climax of the book is, admittedly, terrifying — but Violet and her world are so appealing that it’s worth the sleepless night you’ll have afterward.

One thought on “Creepy Books for Scaredy Cats”