Taylor Brown harnesses the ancient Altamaha River in Georgia to weave together three dynamic stories in his second novel, The River of Kings. 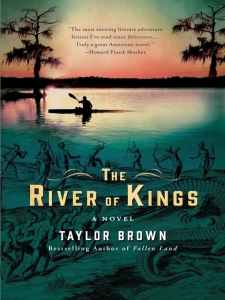 Brown introduces French artist Jacques Le Moyne, the real-life first European artist in North America, who traveled in the 1500s with French explorers in search of gold and other riches. Le Moyne’s beautiful drawings of the New World and its natives are used nicely throughout the book. The chapters portraying the plight of the French party battling both the native tribes and the Spanish conquistadors are fascinating and heartwrenching. 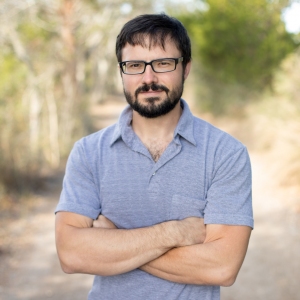 The storyline shifts to modern day and follows two brothers, Lawton and Hunter Loggins. They are on a mission to canoe down the great river where it meets the sea to scatter their father’s ashes. Their journey slowly reveals more about their strained relationships as brothers and sons. Memories flood back of their father, who was an enigma and difficult in the best of times. The book flashes back to tell the story of the father, Hiram Loggins, a shrimper who spent his entire life on the river. What happened in his younger days to make him so bitter and angry?

The Altamaha River, known as the state of Georgia’s “Little Amazon’’, provides a strong sense of place in all three stories, with its giant Cypress trees and tales of an imaginary monster lurking below the dark waters. Brown’s writing is beautiful, moving the reader down the river from moments of beauty to extreme danger. Part adventure tale and part family narrative, this is a gritty story I enjoyed.