“The whites came to this land for a fresh start and to escape the tyranny of their masters, just as the freemen had fled theirs. But the ideals they held up for themselves, they denied others.”
― Colson Whitehead, The Underground Railroad

Cora, the teenage protagonist of Colson Whitehead’s The Underground Railroad, is an unlikely hero. She wants little more than to be unnoticed, have some work to do and perhaps some children to care for yet her life is limited by the fact that she’s a slave living on a particularly brutal plantation in Georgia. Her grandmother has told her stories about being captured in Africa and her mother successfully escaped years before leaving Cora alone with serious trust issues. When the new lecherous owner of the plantation takes a special interest in Cora, she decides it’s time to risk an escape and fellow slave Caesar provides the plan. The rest of this provocative book follows Cora’s escape via the underground railroad (a real train running underground)  pursued by slave catcher Ridgeway with all the single-mindedness of Javert. Her beacon of hope is reuniting one day with her mother to find out why she abandoned her. Her escape route takes her through Whitehead’s imagined pre-Civil War South which has little resemblance to the facts I learned  in school but which seems eerily familiar. North Carolina’s solution to the slave problem is to ban blacks altogether and viciously and publicly executes slaves who might have stuck around and hangs their bodies along the so-called Freedom Trail (with a nod, perhaps, to the Appian Way?) South Carolina, another stop in her journey, seemed safe enough until Cora learned about the medical experiments that the seemingly kindly doctors were interested in performing on her. At every step of the way, she was haunted by the fear that Ridgeway was just a few steps behind. Although Cora might have been a reluctant escapee at first, as she tastes bits of freedom like learning to read and sleeping in a real bed, she cannot imagine going back to her earlier life and neither can the reader who finishes the book with the hope that she will finally find a place to live her life in peace. It’s a bitter hope, however, and not without a serious price tag.

This was not an easy book to read, but it’s an important book to read. I think it’s important because slavery and its effects still ripple through our daily lives and this book helped me understand a little bit more of the human cost we’re still paying today for that peculiar institution. I think this would be an excellent book for book clubs and great for high school social studies classes. 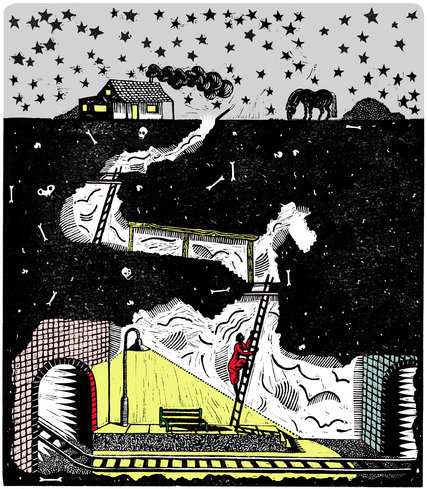