This book asks a question that many of us contemplate: What if we had chosen a different path in life? How would that impact not only the structure of our lives, but who we really are on the inside? In Dark Matter, the main character, Jason Dessen, actually gets to meet his alternate self. A college physics professor, Dessen’s ambitions don’t go much higher than living a fulfilled, quiet life with his wife, Daniela, and teenage son Charlie. Suddenly, however, he is kidnapped and sent to an alternate universe, where he’s a prize-winning physicist who has figured out a way to move between dimensions… but he’s unmarried and childless. And so the thrill ride begins, as Dessen tries to find his way back to his “real” life but must confront many other worlds – and other selves – before he can get there. 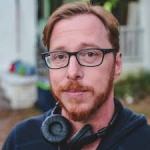 Yes, this book is science fiction, but to me it felt mostly like a great thriller. There’s no hard science to wade through, and the explanations behind the parallel universe concept are not overly complicated. Crouch’s writing style is short and to the point, and the plot moves along so quickly that the pages almost turn by themselves. Dessen is a relatable, likeable main character, and the book is set in contemporary Chicago, so it’s a comfortably familiar setting for those of us in northern Illinois. This is a fun, appealing book and a terrific read for the Labor Day weekend.