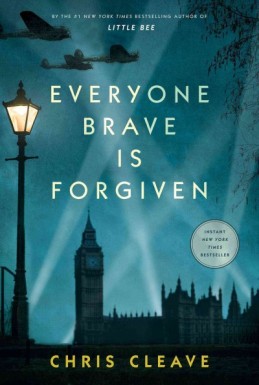 “It occurred to him that no one who hadn’t been in battle could know what things were worth.”

― Chris Cleave, Everyone Brave is Forgiven

Chris Cleave’s latest book, Everyone Brave is Forgiven, has earned a spot on my list of All-Time Favorites. Based loosely on letters Cleave’s grandfather wrote to his grandmother during WWII when he served as a British army captain, this brilliant novel brings the London Blitz to life vividly through the stories of Alistair, Mary, Tom and Hilda. Alistair, an art restorer,  joins the army early on and tries his best to follow his conscience even in the harshest of circumstances. Tom stays in London  to continue his work in the education ministry and hires Mary, against the wishes of her wealthy parents, to teach the few children  (mostly disabled or minority)  not evacuated to the countryside. They, along with Mary’s best friend, Hilda, endure the bombing of London and the stark realities of war. Despite the grim setting of this novel, Cleave’s characters are able to find humor, albeit dark humor, and their  friendships keep them going most days, until a love triangle threatens to destroy even those bonds. These are characters I came to care for deeply and I felt like I was experiencing their raw emotions in some of the most powerful scenes I’ve ever read in a book. This book did what only the best books can do—it transported me to another place and another time. 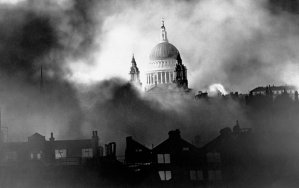 After finishing the book, I think I can begin to understand why people who fought in or lived through WWII rarely spoke about it. It’s hard to explain what humans are able to endure and what others are willing to do in order to survive. Yet, ultimately,  I found this book to be powerfully optimistic. For those who enjoyed The Nightingale by Kristin Hannah and All the Light We Cannot See by Anthony Doerr, this is a must-read. It would also be an excellent book club selection and I could recommend it to an older teen with an interest in history.  Most highly recommended.