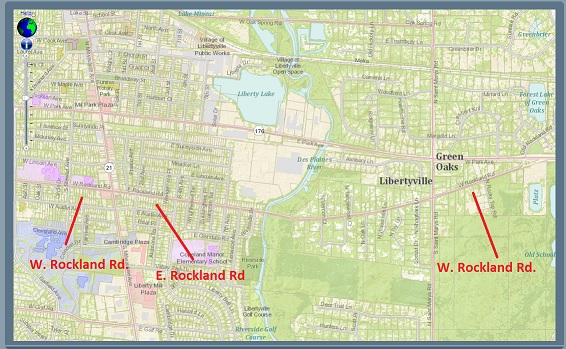 According to a contact at the Lake County Mapping Division, each addressing authority is responsible for streets and numbering within their jurisdiction. Rockland Road west of the Des Plaines River is taken care of by the Village of Libertyville. In town, West Rockland is west of Milwaukee and East Rockland Road is east of Milwaukee.

Rockland Road east of the river is outside village boundaries and therefore under the Lake County Unincorporated Address Standard. This standard requires that a street have a North, South, East, or West (NSEW) attached to it. The NSEW indicates the direction in which the house numbers are increasing. So for W. Rockland Rd, the numbers are increasing in a westerly direction starting from near the old Jamaican Gardens through to the bridge. The highest numbers are closest to the bridge.

OK, so that answers the first question, but what happened to Old Rockland Road?

On first look, my contact couldn’t find Old Rockland Rd on any map and theorized this was the “popular name” for it. He thought that at some point county streets were probably inventoried and the sign was corrected to match the addressing standard, but couldn’t say when.

Then he looked again. The oldest documents he could find for township 44 range 11 section 23 were from the middle 1950’s.  Several of the surveys named the stretch of Rockland Road going east from Saint Mary’s to Park Ave/176 [where the street curved around and came out near the old Jamaican Gardens] as Old Rockland, but that never made it into formal acceptance as far as he could tell.

Maybe a little history of the road could shed some light.

“The Rockland Road” was one of only a couple roads that crossed the Des Plaines river in this area in the 1800s. It was established before 1850 with probably only a ford to cross the river at first.

The 1873 and 1885 plat maps show Rockland Road coming west from the Rockland Station, a railroad station near Lake Bluff, following pretty close to the current Route 176. It is said that a stagecoach made daily trips from the station to Libertyville. Just west of what today is the I-94 overpass, the road took a dip to the south following today’s Rockland Road through C.C. Copeland’s forestspringfarm into Libertyville and ending at Milwaukee Avenue.

While it is not known exactly when the first Rockland Road bridge was built, by 1897 the bridge was in poor condition and condemned by the commissioners of highways and a new, steel bridge was built. 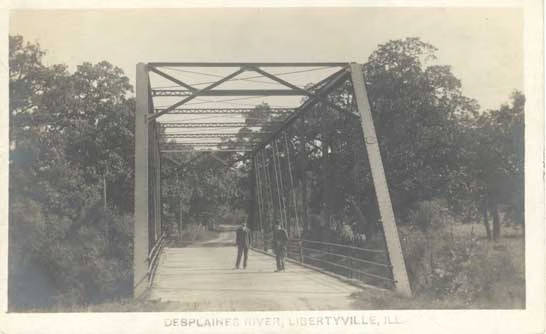 By 1907, Rockland Road had extended past Milwaukee Avenue. 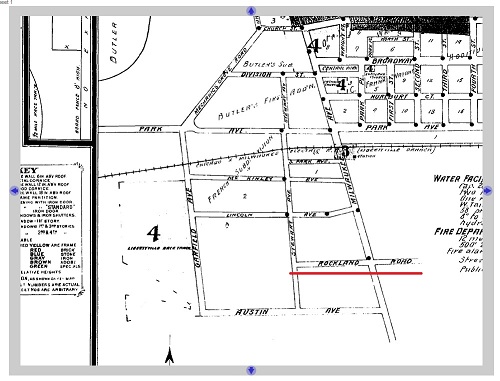 As the village expanded, so too did Rockland Road. When the Libertyville Highlands subdivision was platted in 1925, Rockland Road extended to Dawes Avenue as can be seen below on the 1933 Sanborn Fire Insurance Map. The mid-1950s saw the addition of Drake Street and a new block of Rockland Road was added  leaving us with the road we know today.

So what is/was Old Rockland Road and when did the road coming in from Lake Bluff meet up with Park Avenue in Libertyville?

Plans to build a new road, State Aid Route 9, connecting Rockland Road to Park Avenue in Libertyville were drawn up in 1921 as part of a large Lake County paving and roads improvement movement initiative. Granted a right-of-way through the farm of W.A. Brewerton and land owned by Interstate Sand & Gravel, a new road would be built starting at Kohouts’ greenhouse (later Jamaican Gardens and today the site of a senior living facility) and eliminate two grade railroad crossings.

From plans on file at the Lake County Department of Transportation, it appears the work would be done in three parts. In 1921, work would focus on paving west from Libertyville to Area (Mundelein). The next year, Park Avenue from the intersection at today’s Brainerd Avenue to Milwaukee Avenue would be addressed. Finally, in 1923 the road would be completed going east from Milwaukee Avenue to the meet up with Rockland Road leading to Lake Bluff. The Libertyville Independent reported that the concrete work on the new “Rockland Highway” would be completed in early August and the road opened to traffic in time for the 1923 Lake County Fair beginning September 1.

It is likely that the name “Old Rockland Road” was applied to the stretch between St. Mary’s Road and the greenhouses about this time in reference to the previous path of the stage road, though I don’t have definitive evidence.

I’m also not positive when the access to Old Rockland Road directly from Route 176 was closed off. It looks like the road goes through in the 1980 Lake County aerial map, but by the 1993 aerial, one can still get to Jamaican Gardens from Route 176, but not through to Rockland Road. Maybe this is when the street sign that I remember was changed? 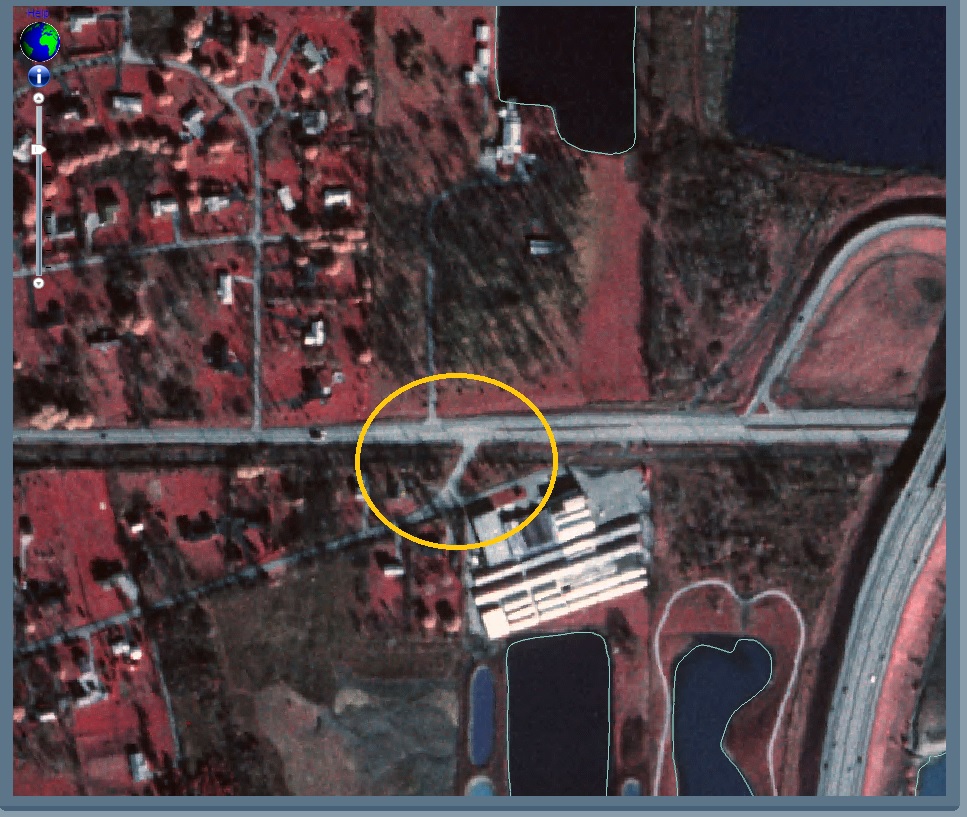 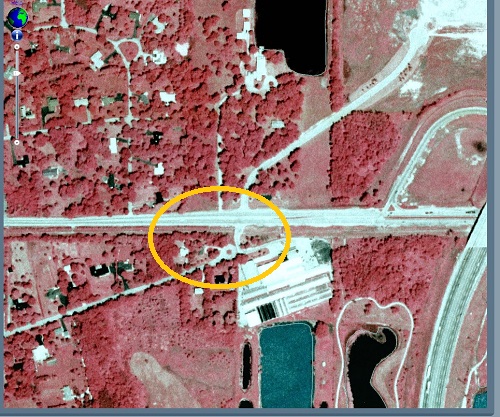 I may not have the full story, but I’ve learned some interesting things along the way. The Old Rockland Road sign I remember may not be there, by there is still an Old Rockland Road in the area. See that road directly across Route 176 from the new cul-de-sac? You guessed it….it’s named Old Rockland Road.