The best and the brightest writers of our day are taking turns at writing novels inspired by the works of William Shakespeare. I was happy that the third book in the Hogarth Shakespeare project, launched by Crown Publishing, was created by one of my favorite authors, Anne Tyler. With Vinegar Girl, Tyler has re-imagined one of the Bard’s earliest comedies, The Taming of the Shrew.

Of course, the story takes place in Baltimore, Md., where Tyler traditionally sets her novels. Her heroine, the outspoken and head-strong Kate Battista, is saddled with taking care of her father, an eccentric science professor at Johns Hopkins University, and her spoiled teenage sister, Bunny. Kate is stuck in a dead-end job as an assistant at a nursery school after being kicked out of college for insulting a professor. When Kate’s father wants her to marry his brilliant Russian lab assistant so Pyotr won’t be deported, she is furious. How could he ever ask her to do such a thing?

Tyler as always is the master at writing about dysfunctional families with humor and love. 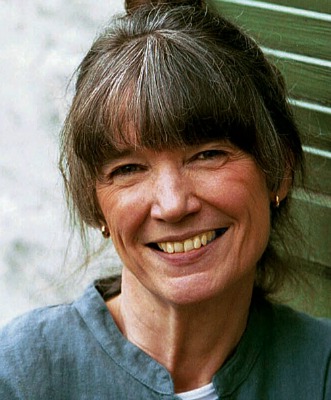 While this isn’t her best work, no doubt because of the constraints of paying homage to Shakespeare, it still is a fun, fast read. Her Kate is not nearly as sour and harsh as Shakespeare’s Katherina, but still willful and blunt. Pyotr is much more gentle and patient at wooing Kate than Shakespeare’s Petruchio, who declares, “I’m here to tame you, Kate!’’

The first book in the Hogarth project came out last October by Jeanette Winterson, with The Gap of Time, inspired by The Winter’s Tale. The second book released in February is called Shylock Is My Name: The Merchant of Venice Retold by Howard Jacobson. Other authors who have  been picked for the project include Jo Nesbo (Macbeth), Margaret Atwood (The Tempest), Tracy Chevalier (Othello), Edward St. Aubyn (King Lear) and Gillian Flynn (Hamlet). Kudos to these modern-day authors for taking on such a monumental challenge.  As Shakespeare said in Twelfth Night, “Be not afraid of greatness. Some are born great, some achieve greatness, and others have greatness thrust upon them.”