Nick Mason is a small-time Chicago thief who cleans up his life and goes straight for the sake of his family. But when a friend asks him to come back for one last big score, he can’t resist. The robbery turns out horribly wrong, with the death of Nick’s friend and a federal law enforcement officer. Mason is caught and charged with a murder he didn’t commit, while he refuses to name the real killer. He is sent to prison for 25 years, leaving behind his wife and young daughter. 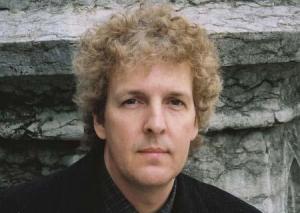 After serving five years, he meets fellow inmate Darius Cole, a Chicago drug kingpin who runs his operations from prison. Cole, who has friends in high places, makes Mason a deal he can’t refuse: Cole will get Mason released from prison and provide him with a job, a car, and a luxury condominium. But in return, Mason will have to answer a cell phone every time it rings and carry out Cole’s orders. Mason takes the deal, hoping he can see his family again. But he soon realizes he made a deal with the devil.

Hamilton has written a page-turning thriller that kept me riveted as I watched Nick Mason struggle with his Faustian deal. This is the first in a series about a complex protagonist and I can’t wait for the next installment.