Welcome to the New Year! I’ve reached the point where, with most winter holidays over and my food coma subsided, I’m getting back into the swing of regular life. Yet most TV shows are still on hiatus for a month or more (I’m looking at you Quantico, on hiatus for another 58 days!). If you’re looking for something to watch while your favorite shows are on a break, try a few seasons of these shows from the library:

Veep is a half-hour comedy that is due to start its fifth season in April; you can get started by checking out Season 1, Season 2, and Season 3 at the library. Senator Selina Meyer, 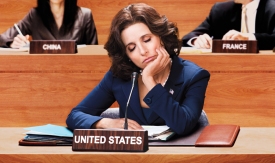 How to Get Away with Murder, now in the midst of its second season, is the newest addition to the Shondaland shows, produced by cre

ative dynamo Shonda Rhimes (Grey’s Anatomy). Viola Davis plays Annalise Keating, a law professor and criminal defense attorney. She has a group of five law students who work on her cases. The students and others working for Annalise seem to constantly find themselves in trouble and they use creative ways to get themselves, and their clients, out of it. Get caught up on Season 1 from the library.

The Good Wife is in the middle of its seventh season, but it isn’t too late to 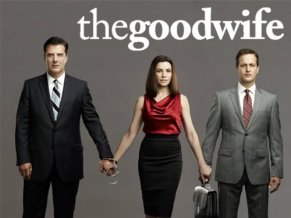 binge and catch up on this one! When Alicia’s husband gets caught up in a corruption scandal, it is up to her to provide for her family as a litigator. The Good Wife is full of drama and suspense – making for some great bingeworthy television! Seasons 1-6 are available at the library.

What shows are you going to binge watch or get caught up on during hiatus time?