Alice Hoffman digs up a little piece of history and imagines an amazing love story about the parents of Jacobo Camille Pissarro, one of the greatest painters of all time.

Pissarro, who is regarded as one of the fathers of the impressionism and 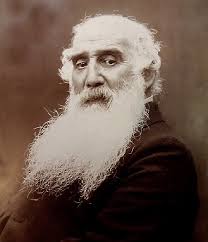 post-impressionism movement, was born in 1830 on the beautiful Danish-controlled island of St. Thomas in the early 1800s. We get to know the young Camille and how he becomes an artist. Hoffman breathtakingly describes how the boy is fascinated by the various shades of color that surround him on the West Indies island. His story eventually takes him to Paris, where he truly finds his voice.
However, most of the story is about 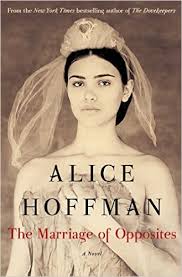 The Marriage of Opposites by Alice Hoffman

Camille’s mother, the fiery, stubborn Rachel Pomie. It is known that Rachel’s parents fled the Inquisition in Europe and moved to a small Jewish refugee community in St. Thomas. Rachel is a joy to her father because of her intelligence and love of books. She also is a headache to her controlling mother because she won’t always behave as a proper young girl. When Rachel becomes of age, her parents arrange a marriage to Issac, a much older widower with three children. While the marriage is loveless but based on mutual respect, Rachel dearly loves his children and treats them as her own.

It is also known that when Rachel’s husband Isaac dies, his much younger nephew, Frederic Pissarro, comes from France to settle the estate. Rachel and Frederic fall passionately in love. Their affair is seen as a disgrace and the synagogue’s rabbi refuses to marry them because they are considered related. Defiant, Rachel and Frederic refuse to stop seeing each other, despite being outcasts in their own community. They raise a family together, including Rachel’s favorite son, Camille, who is obsessed with drawing instead of learning the family business. Rachel finds she is becoming like her mother, trying unsuccessfully to control her son. 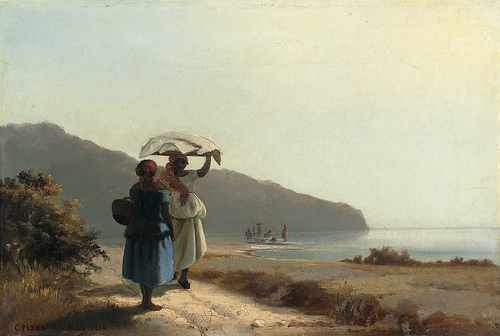 Two Women Chatting By the Sea by Camille Pissarro

Hoffman creates a fascinating story based on real people with her beautiful writing and character development. Her lavish descriptions of lush, warm St. Thomas and cold, wet Paris made me feel like I was there. The secondary characters, including Rachel’s best friend, Jestine, the daughter of the family’s black maid, were equally as interesting and multi-dimensional. Readers who like historical fiction and lavish writing will enjoy The Marriage of Opposites. I listened to the audiobook, which I highly recommend.