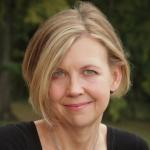 The Art of Crash Landing Takes a potentially clichéd premise and turns it into an interesting story that you won’t want to put down. Mattie Wallace, a broke, pregnant woman who’s made a lot of bad choices, learns she’s received an inheritance from a grandmother she never knew existed. She goes to claim it, and this is where things get interesting. Not only had Mattie never heard about the grandmother, she also knew nothing about her deceased mother’s past. Her mother, single and alcoholic didn’t provide her with much stability as a child, yet Mattie learns that this mercurial woman came from a loving, supportive home. So why did she run away from it and hide all the details from her daughter? As Mattie solves the puzzle of her mother’s childhood and pieces together her family tree, what she learns changes her in unexpected ways.

The book hinges around Mattie, who is prickly, sassy, and smart. I didn’t much like her at the start of the book, but she really grew on me. (The story is told from Mattie’s point of view, so get ready for some blunt, brash, even profane observations.) The cast of supporting characters is equally as interesting: Tawny, the goth library assistant and wannabe rebel; Father Barnes, the gorgeous but damaged Episcopal priest; JJ, the auto mechanic who doesn’t put u
p with any of Mattie’s shenanigans. And the book is filled with ironic humor, told in Mattie’s sardonic voice.

This is a funny book with a lot of heart, with a dose of mystery thrown in. It’s a coming-of-age story told by an unwilling heroine who will make you believe in second chances.

One thought on “Pick of the Week: The Art of Crash Landing by Melissa DeCarlo”