From the moment Higgs Boson Bing was named after an elusive particle, he has had high expectations placed on him by his parents. He has mostly fulfilled expectations – popular girlfriend, graduating at the top of his high school class with acceptance to Harvard, and plans to join his father’s dentistry practice. Aboard the senior sail, Higgs fights seasickness while trying not to be antisocial. When his girlfriend, Roo, asks if he would give her a kidney while he is trying not to give the waves his lunch, Higgs says he doesn’t want to talk about hypothetical situations. His non-answer catapults his life into chaos. The week before graduation, Higgs suddenly finds himself single, hated, and his Harvard acceptance is questionable. Higgs meets Monarch living in trailer in the woods and begins to question what he really wants in life. Higgs and Monarch go on adventures while Higgs attempts to determine who is destroying his life, and what parts are even worth saving. 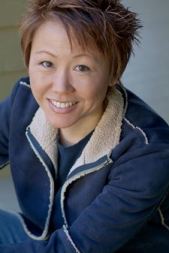 In this modern coming-of-age tale, Yee writes characters layered characters with depth. Kidney Hypothetical is packed with irreverent and sardonic humor that will keep you chortling until the very end. This traditional storyline of discovering yourself has the potential to follow played out story lines, but instead sheds new light on old problems with a few unexpected twists. Though many of Higgs’ conclusions are obvious early on, they draw the novel to a logical close. Yee’s novel is geared toward older teens with strong themes of self, and the motivations of our actions, but the message of finding yourself is one that will resonate with readers of any age, making it a great summer reading choice. Check it out today!

One thought on “Pick of the Week – The Kidney Hypothetical: Or How to Ruin Your Life in Seven Days By Lisa Yee”