Welcome to Warp Zone! This is the latest installment of our video game blog, which features new or interesting games that can be checked out for free with your library card.

Updating older games for new consoles continues to be a trend in the video game industry. Re-releasing fan favorite titles allows video game designers to utilize the hardware of the Playstation 4 and Xbox One to clean up the graphics and often add new content to the game. Some examples of updated games that have been added to our library collection recently include:

DMC. Devil May Cry (Xbox One, PS4) This game was first released in Early 2013 for the Xbox 360 and PS3. It was intended to reboot a series that was quite popular in the early to mid 2000’s. I was very impressed with the Xbox 360 version and look forward to playing it on the Xbox One. I highly recommend this supernatural hack and slash game to older teens and adults, especially those that enjoyed games like God of War or Bayonetta.

Dynasty Warriors 8 (Xbox One, PS4)–This game was originally released in 2013 for the PS3 and Xbox 360 and was recently ported for both Xbox One and PS4. With over 80 unique characters to choose from and the ability to create your own, players will enjoy navigating their characters through ancient China, engaging in battle in more than 80 different settings. This is a must play for fans of the series and newcomers may enjoy it as well! Recommended for teens and adults. 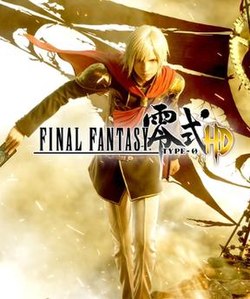 Final fantasy. Type-0 HD (Xbox One, PS4)– What is interesting about this game is that it was originally released in Japan for the PSP in 2011. Fans of the series were very exited to hear that it would be released in the U.S. for the first time on the Xbox One and PS4 with updated graphics. This game has received great reviews and has been praised for its grit and fast paced combat. This new entry in what I consider the definitive role playing video game series is recommended for older teens and adults.

Other games coming in the next few weeks:

LEGO Jurassic World (Nintendo DS, Wii U, Xbox 360, Xbox One, PS3, PS4)–LEGOs. Dinosaurs. Why not? Sounds like fun to me. Like other LEGO games, it should be suitable for anyone over 10 years old.

Splatoon (Wii U)–Nintendo has been hyping this third-person paintball shooter. I’m excited to play it to see if the hype is deserved. Should be appropriate for anyone over 10.